Corona, the Virus and me

Corona, the Virus and me 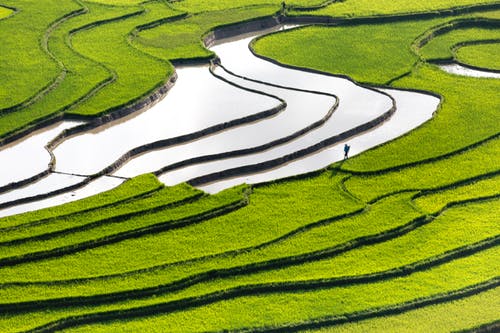 My relationship with Corona began like all relationships….tentatively and in quite a subtle way where I did not even recognize who Corona was.  I saw memes on Facebook showing a bottle of Corona beer with a wedge of lemon, and it said, ‘This is the only Corona I like’… or something to that effect.  While I knew Corona, the beer, I was wondering who the other ‘Corona’ was that these memes referred to.

I found out soon enough.

Amidst, confusion and panic, fear and chaos, Corona, the virus was all over the news.  The little information that was available was repeated endlessly on every news channel.  That was also the time that I had changed my Primary Care physician to someone who was closer to where I lived.  The other physician that I had been with for a few years, and one who I really liked had moved to another city…still within a reasonable driving distance…sort of.  I had stayed with her and did not mind the drive.  I had to make an appointment for an urgent health issue, that I could not wait for, unlike the regular, preventative visits.  The day turned out to be one in the middle of a snow storm with warnings to stay home, if we did not need to be on the road.  I determined that I needed to find someone closer.  During this transition, I ran out of my blood pressure medicine.  The refill required a checkup.  I had just seen the new doctor, so I called to ask for a refill.  When I did not get a response for a day and a half, I called again.  Still no response and no prescription called into the pharmacy.  I was miffed and concerned because by now, I had been out to medication for three days and my legs were starting to swell and my chest was feeling tight.  I went into the office and talked to the nurse at the front desk.  She said that my request got delayed because they had been busy with a lot of the ‘flu’ testing.  Since it was winter, I did not think much of it.  However, about a week later when the ‘pandemic’ news hit all the channels, I realized what she was referring to.

I was working part time in a department store and was debating about whether to continue with what had started as a holiday job, or to call it quits.  When businesses started shutting down and other measures being put in place, with social distancing becoming mandatory, I did quit.  In the meantime, I had received a call to be interviewed for the Census taker position and was advised to go for the drug test.  However, everything got put on hold and all previous appointments got cancelled because ‘stay at home’ order had been executed.

This is where confusion and panic flooded in.  Being a retired senior, I wondered how long this would last.  Fortunately, I am pretty active and live with my daughter, so I was not dealing with this all on my own.  As things got a little more structured, with essential businesses like grocery stores, being open, we fell into a pattern.  Every 2-3 days, depending on the weather, we would go to the park for a walk and some fresh air.  On the way back, we would pick up any grocery items that we needed.  We had been happy with our slow pace of life, but now it became even slower.  Fitness places had closed.  Libraries were closed.  Visits with the grandkids became restricted.  We are not big on TV, but watch a few shows here and there.  Reading and games on the phone became the focus of our day.  While I had always enjoyed quiet time and ‘me’ time, still a little depression and anxiety set in.  I managed that with cell salts and started taking those a little more regularly than just ‘when I remembered to do so’. As the chemical balance stabilized and I started to organize my time more efficiently, I spent less time freaking out, panicking or being depressed.  I shifted my focus more on the walks, the meditation in the park, just sitting on a bench by the lake and soaking in the sun.  I brought that positivity home with me.  I reached out and got in touch with some friends that I had not spoken to in a few years.  I also discovered a group of my college batch on WhatsApp and reconnected with several of my batchmates and some others all across the world…in the U.S., Canada, U.K., Australia, Malaysia, Singapore, Kenya and India.  This also infused my daily routine with more discipline, energy and vitality.  On Facebook, I found some groups that aligned with my philosophy and what I had been ‘planning to do’, but had not yet seriously sat down to start doing it.  I now organized my time and started with small goals.

As I honed in on positive news, posts, articles and conversations, I stayed away from the sensational news, for the most part.  Enough of it filtered through for me to stay informed anyway, so I did not seek it actively.

Many other videos circulated or I came across on pages I followed. I had been working on building my immunity.  Having grown up with two parents who had both been terminally ill with TB at the ages of 16 and 18, but had recovered to live full lives, I always had a ‘healthy disregard’ for an obsession with ‘perfect health’.  I called on that experience now.  Having grown up in India at a time when there were no phones, transistor radios, TV or other digital devices, we read a lot, played a lot, spent time with family and most of all spent time in spiritual practices, like self-reflection and meditation and prayers.  This quarantine took me back to those times.  While I had enjoyed most of that, as a young person, I had at times panicked and felt trapped and felt that my life would be over with no chance of ever doing all that I wanted to do.  Then I remembered, how in the midst of that feeling of being stuck in quicksand and sinking, I had been transported to a life of adventure and roller coaster rides with so much activity that I barely had time to get my head on straight.  My journey took me across the world to a challenging marriage, raising children, struggling with work and finances, giving back to community with a nonprofit, parties, travel, in-laws, friends, divorce, loss, gain, highs, lows, retirement and slowing down again.

As I reflected on my journey, an overwhelming sense of gratitude overcame me.  Here I was, just getting a break and enjoying a period of rest and relaxation before embarking on the next adventure.  A little less chaotic.  I started to see pictures of cleaner air in cities, quiet streets, kinder people, grateful people.  More inner beauty was shining through.  As we were confronted with evidence of our mindless consumerism in food and fashion and everything else, there were more conversations about scaling back, of taking responsibility and taking steps to correct that.  While there are still many who are feeling wronged, cornered and demanding their ‘rights’, there are even more stepping up to recognize and recreate the spiritual connection with nature, animal kingdom, plant kingdom, the environment and themselves.

People from various fields were stepping up and calling out our irresponsible behaviors, calling on everyone to take action – not so much in an aggressive, confrontational way but in a reflective, philosophical way.

A friend who had contracted and survived the virus, shared his insights in detail, thus providing a first hand layman’s view of the experience.

A doctor shared his insights about how it was more important to work on building our immunity, rather than panicking excessively.  While social distancing and hygiene are still good practices, extreme practices are harmful.  He stated that while vulnerable and compromised people should be protected, healthy people should not be so isolated that even their immunity gets compromised.

Bill Maher shared his insights about building immunity and taking reasonable precautions without the extreme of being OCD.  In another video he called our attention to how our treatment of animals is directly affecting what we are facing in the form of the pandemic.  Inhumane practices in food production with factory farming is making humans vulnerable to these situations.

This is when the panic and confusion, fear and chaos changed to serenity and acceptance, peace and understanding, knowledge and wisdom.